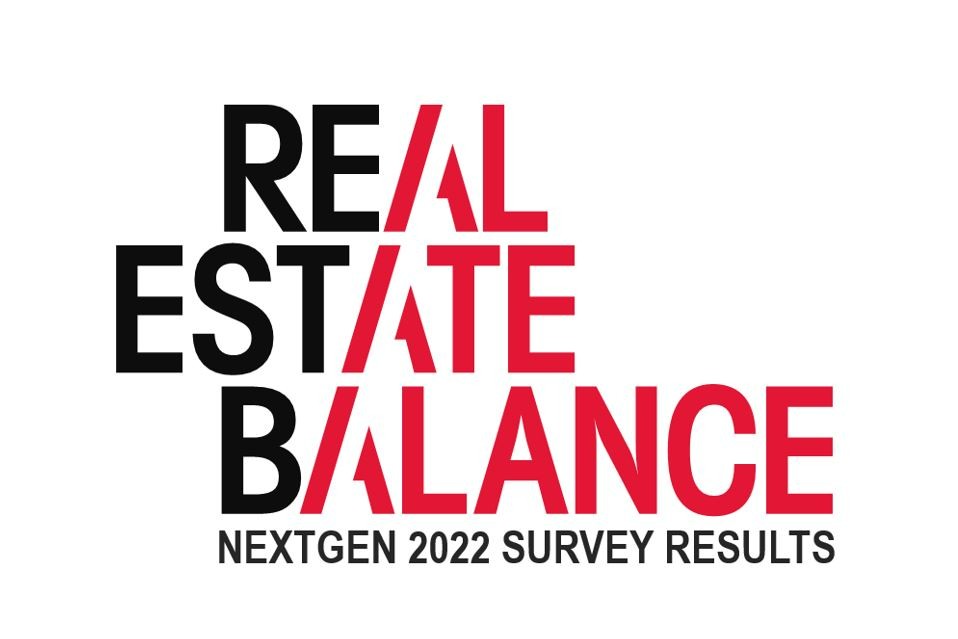 Earlier in the year our NextGen committee asked the under-35s in real estate to share their views on widening access to the sector, inappropriate attitudes and behaviours in the workplace and working from home.

Their previous research in 2020 found that real estate was a ‘secret sector’ – difficult to access socially and economically – and this year’s research confirmed that to still be the case. 80% of those taking part had heard about the industry through chance or via a friend or family member.

An even higher percentage of people agreed “strongly” or “somewhat” that real estate is still a ‘secret sector’, with the most-favoured actions to reduce barriers to entry including awareness raising, school talks, a variety of entry points for school leavers, more apprenticeship schemes and better hiring practices. 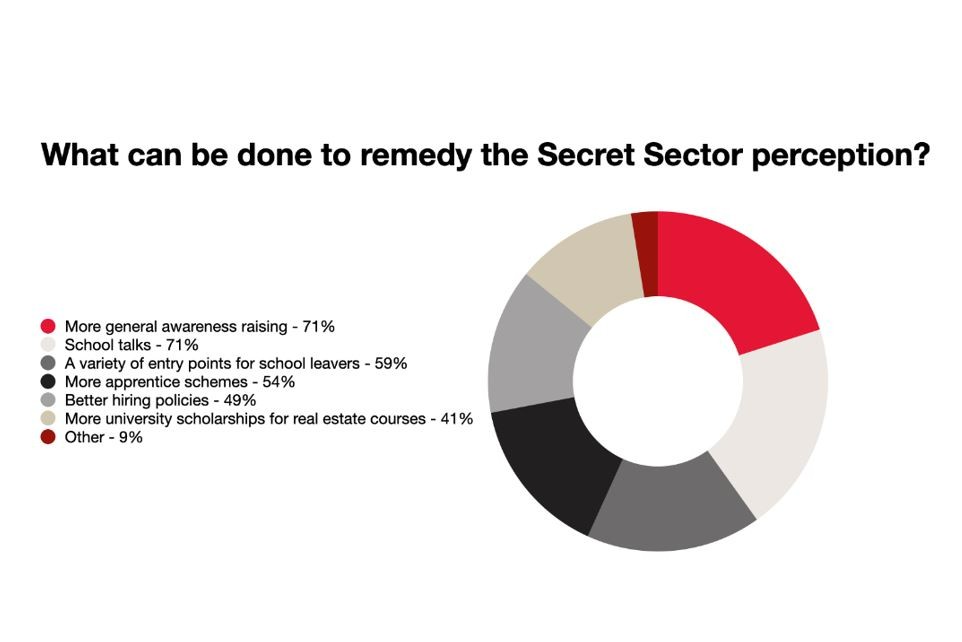 The research also tackled inappropriate behaviours and attitudes in the workplace. Respondents reported an overall reduction in the type of discrimination asked about, with sexism, despite still being high, falling from 66% to 43%, classism from 51% to 23% and ageism from 37% to 23%. However, NextGen found that those, along with transphobia, racism, ableism, mental health stigma and other types of discriminatory behaviour and attitudes, are sadly still present in the UK real estate sector.

Encouragingly, the number of those who had not witnessed any inappropriate behaviours and attitudes in recent months almost doubled since 2020. Some progress has also been made in active improvements to address inappropriate behaviours and attitudes because of more awareness of D&I issues, training, policies and action from senior leaders. However, the research also found that instances of discrimination are still mostly rarely or never called out. 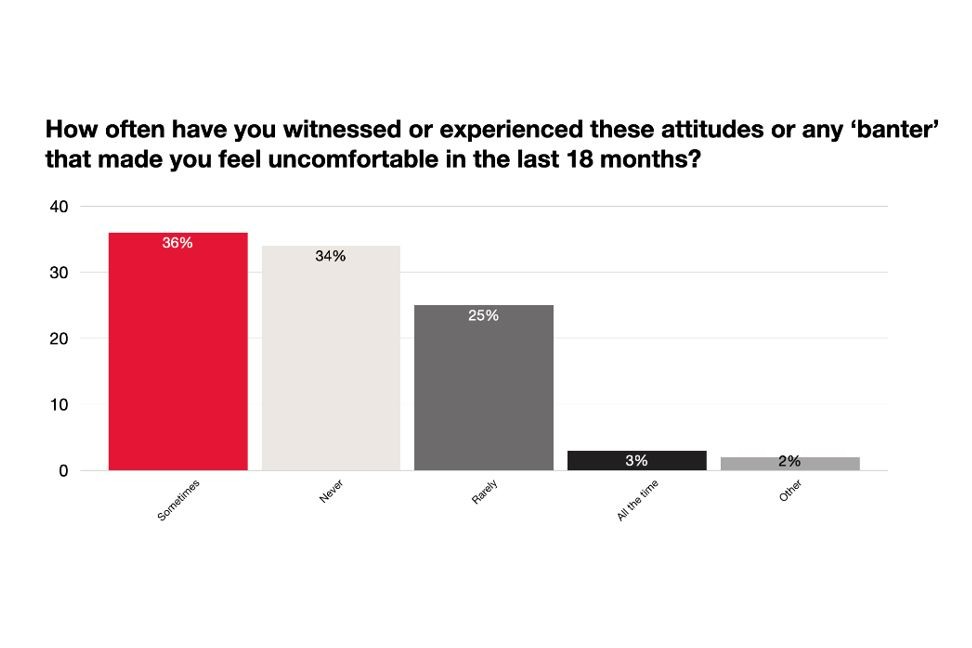 The research tested whether people felt comfortable reporting improper ‘banter’ from colleagues (62%), their line managers (50%), HR (42%), a leader in the company (31%) and none of those options (22%). The most-favoured ways to increase reporting included positive examples being set by colleagues, strong messaging from senior leaders, a more diverse workforce and anonymous reporting.

NextGen also found that reduced social contact, connecting with colleagues and networking opportunities to be the most challenging aspects of working from home, and are urging companies to do more to support employees and foster interaction in the new hybrid world of work. Providing good equipment, quickly enabling technology and allowing individuals their own flexibility were among the initiatives introduced by organisations doing well with facilitating remote working.

Perhaps one of the most surprising revelations in the research was that relatively very few (18%) of participants felt that working from home was negatively impacting their own career progression. 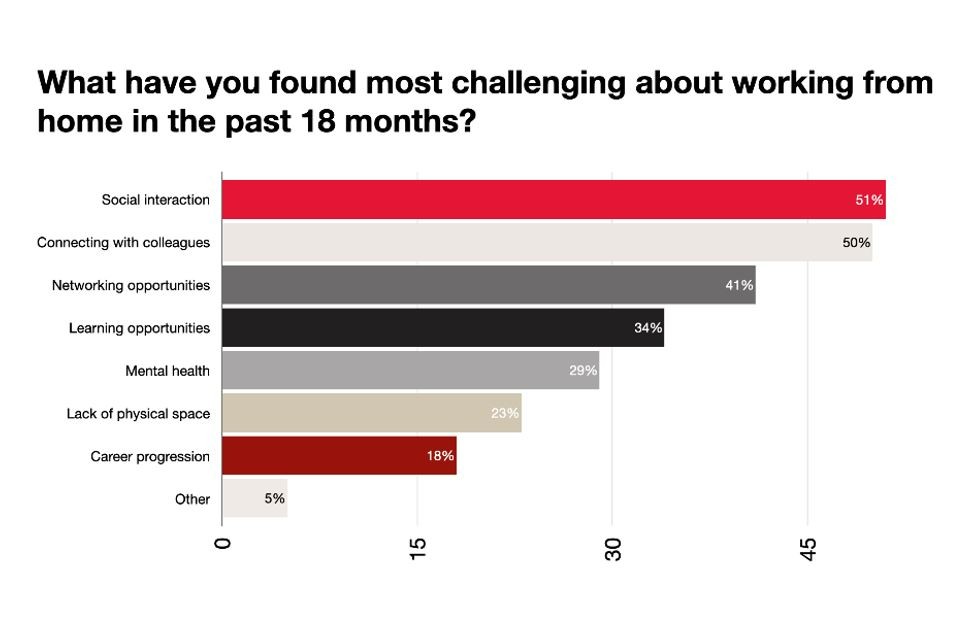 Structural change takes time, but the rise of the Black Lives Matter movement coinciding with the pandemic has, in our opinion, resulted in a cultural shift in the UK, with increased emphasis being placed on D&I by both employees and employers.